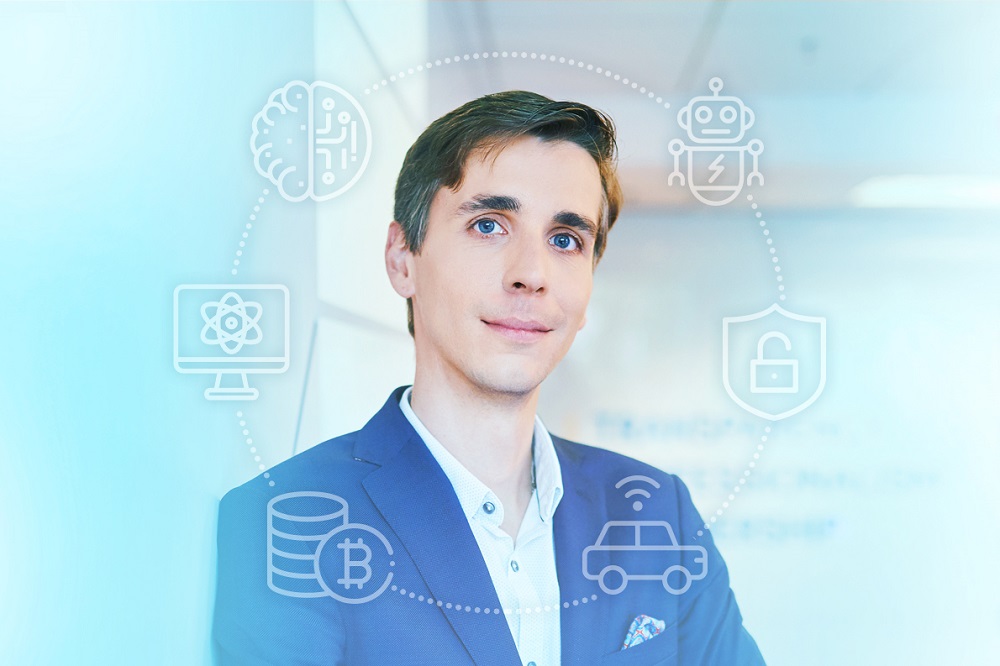 Autonomous vehicles, acrobatic robots, smarter cities, and a looming war against the sinister threat that is ‘deepfake’ … these are just some of the tech trends that Marcin Dąbrowski, CIO at ITMAGINATION, expects us to be tracking in 2020. But what do these trending topics mean for you and your business?

In 2019, the increase in the presence and prevalance of voicebots, chatbots and virtual assistants showed the new direction that businesses were taking in order to automate and strengthen their customer interaction capabilities. Last year also saw the formal implementation of the EU’s PSD2 regulation, and the move towards a digital single market in the region.

And while, as a topic, they’re not new, it’s important to acknowledge the huge advances that were made in the areas of autonomous cars and robotics – these technologies now seem poised to enter our daily lives.

And yet, for all the opportunity that technology trends like autonomous vehicles and robots create, there are notes of caution to observe as well. Cybersecurity threats have become more sophisticated and now the world is bracing itself for the impact of – and need to tackle – the potentially sinister threat that is deepfake. Indeed, as technology advances, there is a growing imperative for individuals and businesses to define their ethical stance on such technologies, and the extent to which we can, should and will trust these technologies (and their providers) will be a key topic.

Here are 8 tech trends we at ITMAGINATION will be tracking in 2020.

1.    A new era for banks and financial service providers

As part of the PSD2 regulation, from September 2019, banks in the EU were required to have implemented Strong Customer Authentication (SCA) measures. This means that logging into accounts and making electronic payments could be subject to multi-factor authentication (e.g. entering a code received via SMS message or being required to confirm identity using biometric data, such as a fingerprint on a cell phone). Furthermore, as part of the PSD2 regulation, banks were also required to make fully functional APIs available to fintechs and other third-party providers (TPP) that will allow these service providers to access bank account data (with user consent only, of course) in order to provide better, more-integrated services to customers. PSD2 carries with it the potential to accelerate a dramatic enhancement in micro-personalized customer experiences, but it also poses a threat to more-traditional banks. As they detect encroachment on the territories that they have dominated for decades, look for banks to increase their relevance to customers with the integration of more value-added services (VAS) to customers. If you haven’t already observed it with your own bank, in 2020 prepare to reimagine the way you interact with your bank and what it can do for you.

2.    The evolution of Artificial Intelligence (AI)

For many years, AI was like a curio in the tech world and mainstream press. Headlines were made when IBM’s Deep Blue defeated reigning chess world Champion Gary Kasparov in 1997 but, for most of us, the impact of AI has seemed a little too high level or intangible until recently. Today, hardly a day goes by without us hearing about a major breakthrough with AI. It can dramatically improve the quality and efficiency of customer service, but AI can also outperform human doctors in diagnosing breast cancer from mammograms. Indeed, AI has compelling use cases across a wide and diverse range of industry sectors. The capability of AI to make suggestions based on analysis of literally millions of data entries (activities, functions or interactions) can enable enhanced operations in retail stores (proactive stock ordering and product location within stores), micro-personalized services for customers, and improved-and-automated ability to detect and anticipate fraudulent behavior. Expect increased investment in AI as businesses in all sectors seek to improve the efficiency of their operations and gain competitive advantage in the race for the hearts and minds of customers.

3.    A smarter world with the Internet of Things (IoT)

When the term “the internet of things” (IoT) was first used several years ago, many people expected it to have a greater impact more quickly than it has done. However, while the possibilities of IoT have been known for many years, the infrastructure and connectivity needed to realize its full potential have lagged behind the vision. With 5G being rolled out (at various paces) around the world, the stage finally appears to be set for IoT to have a broader and more-meaningful impact. Why is 5G important? With a new level of wireless connectivity, it will be possible for Edge computing and Edge AI to become more widespread. These technologies are capable of processing huge volumes of data on end devices and in the cloud – a key enabling factor for some of the higher-potential benefits promised by IoT. The hope is that, with 5G and the greater adoption of IoT it enables, the visions of smart buildings, cities and transport networks can finally be realized. In 2020, businesses will be keeping a watchful eye on how the huge volumes of data being produced by their operations can be harnessed by IoT.

4.    Robots straight out of sci-fi cinema

Boston Dynamics made headlines in 2019 when it demonstrated robot dogs and humanoid figures that that were capable of performing and carrying out tasks in natural and even potentially dangerous environments. In September 2019, Spot, a robotic dog capable of monitoring building sites and executing simple tasks in potentially hazardous environments (e.g. with electrical and gas installations), went on sale. This was followed by updated information about the company’s humanoid robot, Atlas, and a demo showcasing its impressive jumping and acrobatic capabilities. Not to be left behind, consumer-electronics giant Samsung has introduced its own Samsung Bot, a robotic companion capable of telling you the weather, measuring your blood pressure and even calling an ambulance on your behalf if it detects that your health is at risk. In 2020, we at ITMAGINATION expect significant progress in the area of robotics and more high-profile use-case demonstrations of how these robots can help people and businesses.

Most of us are aware of the progress that has been made with autonomous vehicles and drones in recent years. Some of us have even test ‘driven’ or been transported by them. The technology exists and the capabilities are becoming even more sophisticated. Google (through Waymo) has racked up more than 20 million miles of autonomous vehicle testing (including more than 10 million in 2019 alone) and, in 2019, Tesla rolled out a ‘Smart Summon’ function on its mobile app that enables Tesla owners to remotely instruct their vehicles to drive to where they are. For now, though, these technologies still carry prohibitive caveats – most autonomous cars still travel with a human’s hands hovering over the steering wheel ready to intervene at the first sign of danger, and Tesla’s Smart Summon should only be used for short distances and with the vehicle visible to the driver at all times. Still, major progress is being made and we at ITMAGINATION expect 2020 to be the year when leading tech companies prove that it’s time for the shackles to be removed.

Blockchain technology has enabled many new ways for businesses to securely save and share data. But perhaps its most-well-known use has been as an enabler to the creation of cryptocurrencies. Facebook has announced its plans to develop its own cryptocurrency (called Libra) and Samsung is enabling cryptocurrency wallets in its latest flagship phones. Revolut has been enabling users to exchange cryptocurrencies for some time now. Amazon recently released Amazon Managed Blockchain, thus joining Microsoft and IBM in the Blockchain-as-a-Service game. Cryptocurrencies are a controversial topic for some, but it’s clear that Blockchain as a technology has huge potential for businesses and individuals. Its evolution and adoption in 2020 will be worthy of keen observation.

Google claims that, in 2019, its quantum computer executed a complicated calculation in 200 seconds that would have taken the fastest ‘conventional’ computer approximately 10,000 years to complete. Naturally, such a claim invited a lot of attention, and also skepticism. Could it really be possible? Regardless of whether the claim is 100% accurate or not, Google deserves credit for its progress in the field of quantum computing. This technology has the potential to deliver game-changing evolutions in a variety of different industries, such as healthcare, where it could be used, for example, to simulate the structure of a molecule and support the development of new medicines and treatments. Elsewhere, it can be used to accelerate the improvement of AI, thus making it more accurate and – if used correctly – trustable as a replacement or superior option to human decision making. For example, in banking, current AI-based solutions used to assess risk and identify and anticipate rogue activity could be dramatically enhanced by quantum computing, further increasing the accuracy and reliability of the solution, and thus reducing the reliance on human intervention.

8.    The fight against deepfake

We’ve all heard about fake news, to the extent that the term is now loosely thrown at any topic that people wish to dispute or rebut. Deepfake is a rather sinister emerging trend that threatens to fundamentally weaken the trust that people have in the information that they see on the web, on social media and elsewhere. By accessing some rather sophisticated technology, individuals and organizations with less-than-warm intentions can create, manipulate or replicate imagery, videos and even audio to put out ‘fake’ messaging but in a way that is difficult to distinguish as being fake. Anybody that has seen examples (such as the deepfake of Facebook founder, Mark Zuckerberg) will be a little creeped out to see how seemingly real these digital imitations can look. If the fake messaging is put out and exposed to a large enough audience, it’s conceivable that people perceive this as the truth or – at the very least – become sufficiently disoriented that they start to question the truth (i.e. see the real thing and suspect it of being a deepfake). As with all technologies, the capability is only going to become more sophisticated, which is perhaps why Facebook, Microsoft and Amazon have joined forces to fight the emergence and presence of deepfakes on the net, and large amounts of investment and resources will be required to stay one step ahead of the perpetrators. Given the alleged influence of fake news, Cambridge Analytica and cybersecurity issues on the 2016 US presidential elections, and again with the Brexit referendum in the UK, all eyes will be on the 2020 US presidential elections. It’s quite possible that there will be as much scrutiny on the technology and social media platforms as there will be on the candidates themselves.

What’s trending in your industry?

If you’re looking to keep your organization ahead of the innovation curve, if your company needs to make progress on the topics above, or if you have your own innovation objectives that you wish to pursue, talk to ITMAGINATION.

This article was also published on: 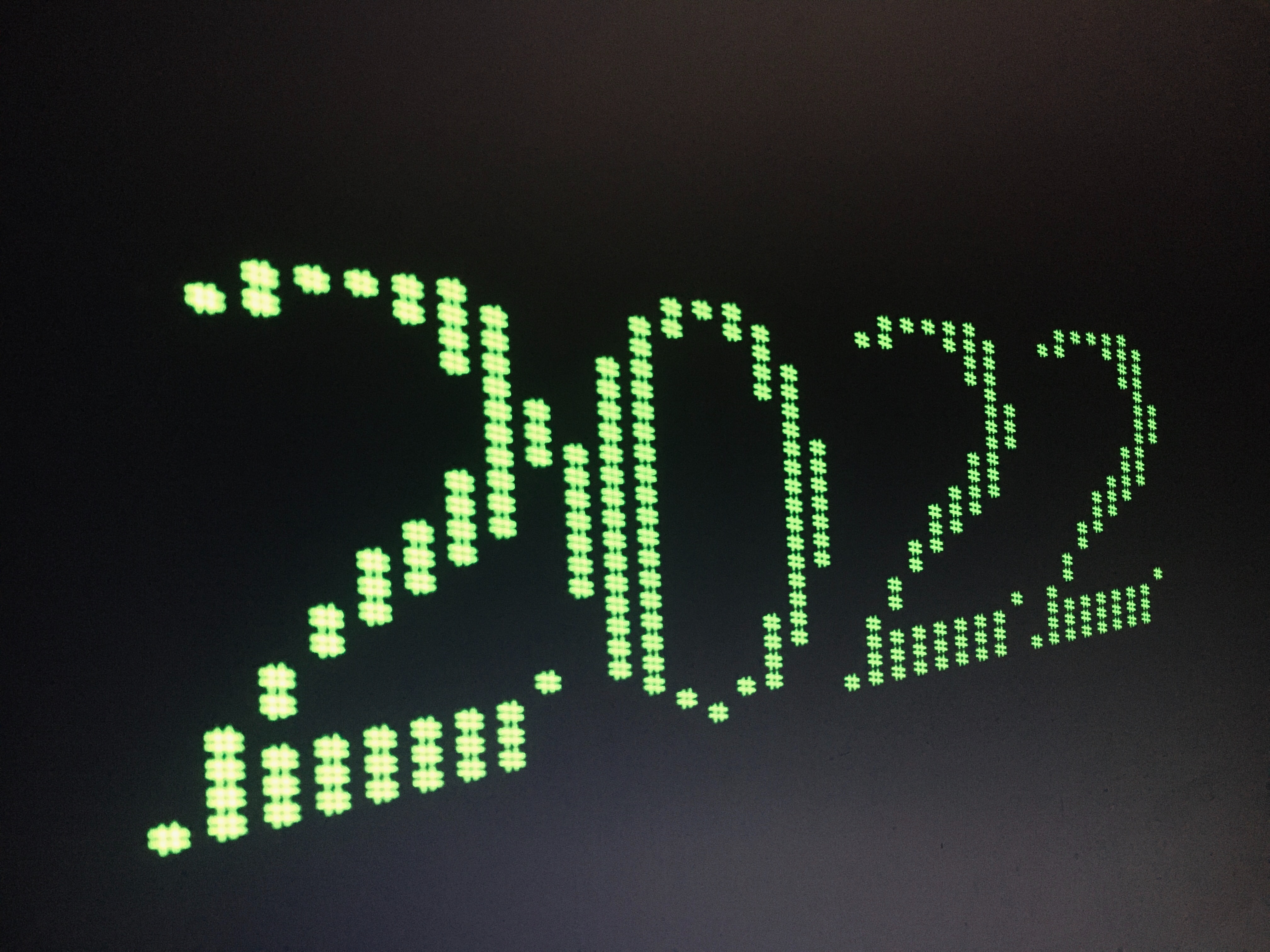 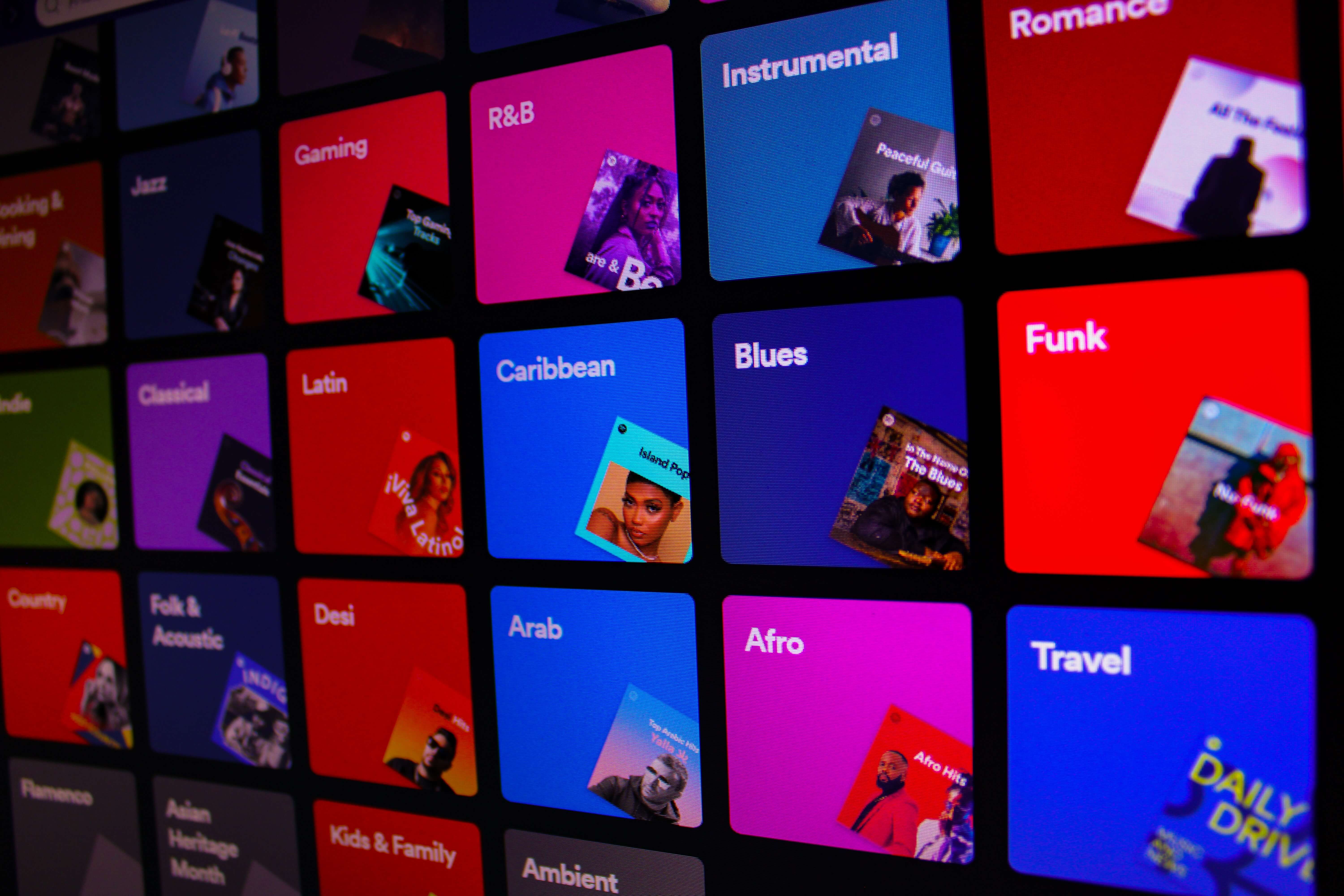 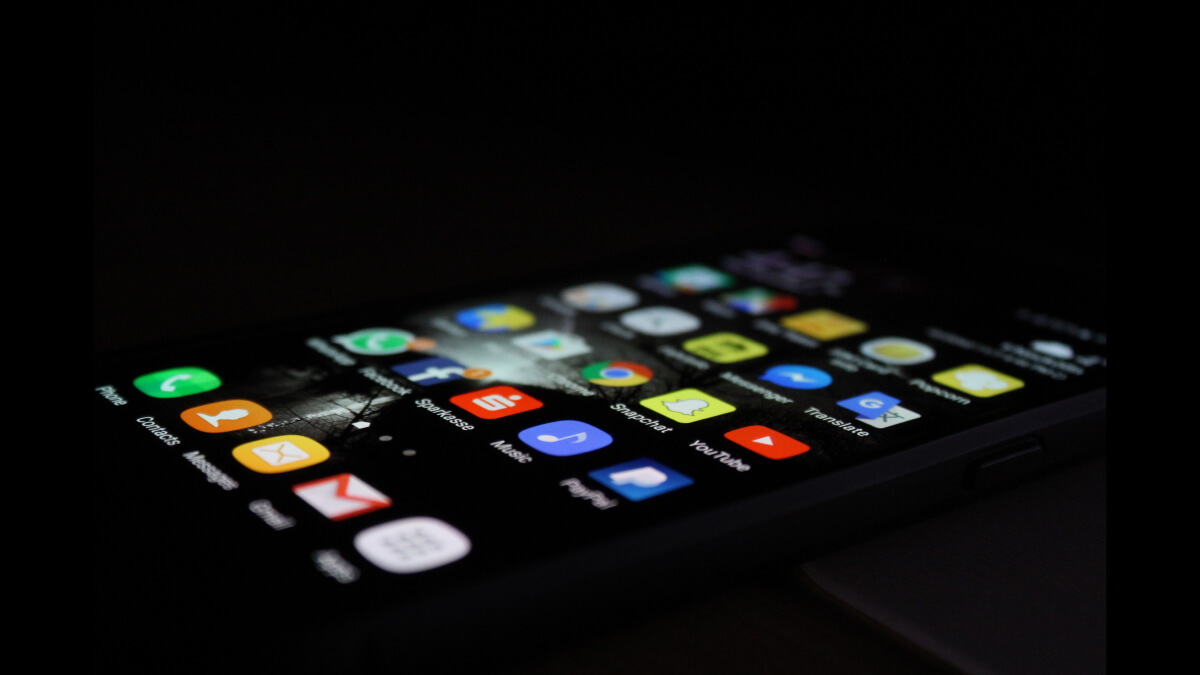