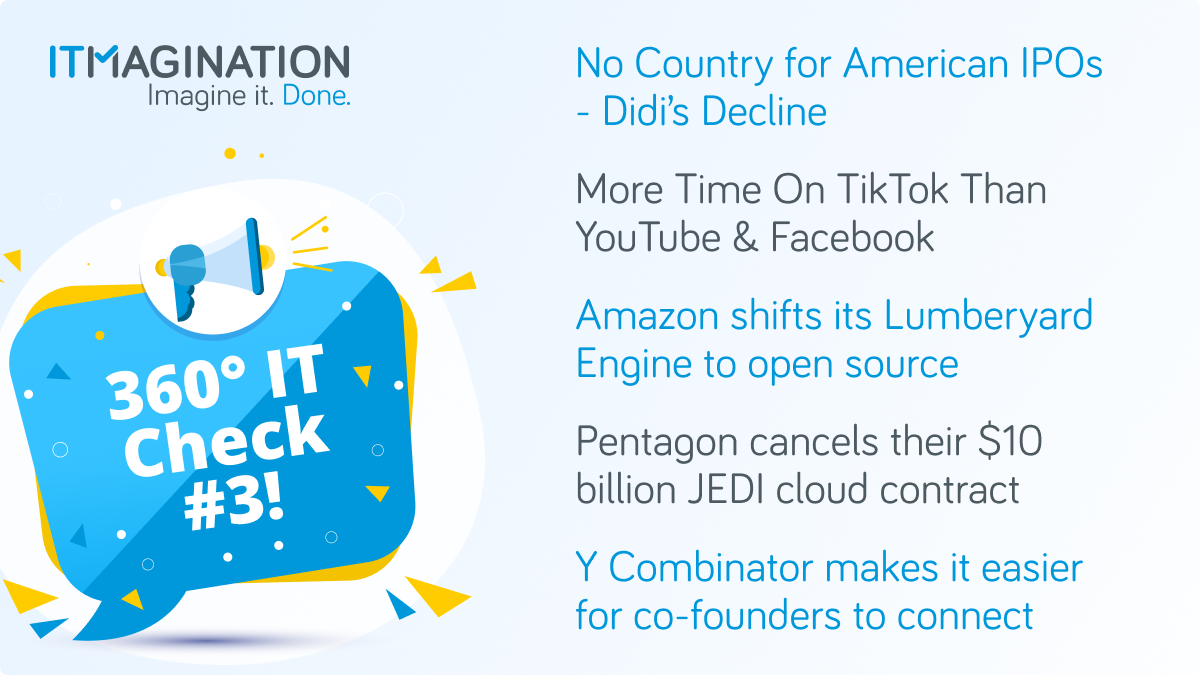 No Country For American IPOs – Didi’s Decline, A Warning For Other Chinese Companies Planning IPOs in the US

After a crackdown on Didi, Chinese companies that planned to get listed on American exchanges are faced with a difficult choice. They can either get listed as planned, or face serious repercussions by the Chinese government. That was the state of affairs until Didi was banned from WeChat, and Alipay. This is a huge blow, since both of these apps allow for other apps to run on top of them. The number of users of these two apps is huge as well – it’s over 1 billion, and over 900 million respectively. Now the name of the game is this – either work with us (with Chinese regulators) and comply with our requirements, or prepare to suffer.

The Chinese ride hailing app’s shares prices tanked as a result –trading at $11.42 as of Tuesday July 12th, 2021. Interestingly, Chinese regulators “advised” Didi to postpone its US listing and “review its network security several weeks before it went public.”

We will see what happens with 34 other planned Chinese IPOs, however it is expected that their enthusiasm and eagerness to get listed will be significantly lower.

In an unexpected turn of events, the Pentagon cancelled their $10 billion JEDI cloud contract. The reason for it were “evolving requirements, increased cloud conversancy, and industry advances.” Microsoft and Amazon fought tooth and nail for it, with Microsoft winning the deal. Not much later, Amazon Web Services (AWS) filed a lawsuit in the US Court of Federal Claims arguing that the decision to award the deal to MSFT was motivated by former President’s bias against Jeff Bezos, who, back then, was the CEO of Amazon. Legal battle continued for two years, until… the representatives of the US government cancelled the whole deal. Microsoft argued that there shouldn’t be a world where despite the win AWS managed to stall the implementation of the system by two years. The other side said that deals should be awarded based on merit, and merit alone.

Now, Department of Defense announced it still needs a cloud system, announcing a new contract, planning to solicit proposals from the aforementioned two companies. This is most likely a way to bypass the existing legal battle between the two tech giant which could go on for years to come.

Arguably, the most difficult aspect of creating your own startup is to find a reliable co-founder. Y Combinator (YC), one of the most renown accelerators in the world, recognized this problem, and has launched a new service dedicated to entrepreneurs. One of the particularly common cases is non-technical founders are looking for technical partners. This is a trend which is present all around the world, and the company knows about it.

Key differentiator here is the fact that YC offers its service for free, whereas its competitors such as CoFoundersLab or Stealth are not. San Francisco based accelerator will still profit down the line, as more attempts at building the next unicorn means more will succeed = more will apply to be a part of the famous YC program.

According to the latest “State of Mobile” report released by App Annie analytics firm Android users in some countries such as the US & UK are now more likely to be on TikTok, than on YouTube, Facebook or Netflix. That is not the true for all of the countries, however. Interestingly, in South Korea and Japan, YouTube is still king. One of the locals in South Korea believes that its caused mainly by the inflexibility of TikTok’s format, and to a smaller degree the Chinese origin of the app.

Around the same time as the report saw the light of day, we found out the Chinese social media network starts atrial of a new feature dedicated to Gen Z users. This feature is active in the US with its dedicated website called “TikTok resumes”, and only time will tell whether the move is going to be the right one. On one hand, there is a massive shortage of potential employees, leading brands like Target, Shopify, Meredith, Chipotle, Forever 21, and NASCAR to seek non-standard ways to attract candidates. On the other hand, somehow the world might not be ready for resumes in the form of people “doing the floss” to a pop hit.

With prominent brands signing up for the trial, we have to assume it’s about an easy direct contact between the younger candidates and these brands. Sylwia Burek, Senior Recruitment Consultant at ITMAGINATION agrees. The ability to connect easily is a big pro of the new offering. On the other hand, corporate IT brands might start to use the service only few years from now. The reason is the overall lack of experience of Gen Z – an aspect that is required for creating quality software

There are currently over 400 jobs on the platform that range from an internship as a Campus Ambassador for Comcast’s Xfinity offering, to WWE Superstar (really, we’re not kidding)to an executive role of VP of Global Operations at Zenith.

As Hisham Itani, ITMAGINATION’s Head of Marketing highlights, future adoption will depend a lot on the market vertical and type of role the candidate is applying for.

The digital hiring landscape is in constant motion, and brands need to keep up with these changes. Many younger job seekers are more comfortable showcasing their abilities in different ways, and that’s where TikTok videos come into play. It’s easy for us who aren’t used to the platform to have doubts about its merit to attract qualified candidates, however:

In the end, it will all depend on the industry and role. For examples, software engineers will not be able to replace their GitHub repos and LinkedIn profiles with only a TikTok video; however for the right company, they might be able to find a team that’s open to new application formats and creative ways of candidates presenting themselves along with the core application elements.

Amazon’s Lumberyard game engine, a competitor to Unity or Unreal, will now be known as Open 3D Engine. The Linux Foundation will oversee the project and it is expected to form the Open 3D Foundation to “accelerate collaboration with game developers to enhance the triple-A game engine.” There are 20 founding parties of the Foundation including AWS, Adobe, Huawei, Niantec, and Red Hat.

The engine itself is an interesting offering, because of its high profile, and its licensing. It is also appealing, because one of its foundations is the famous CryEngine (“Crysis” series). Perhaps one of the most unique aspects is the engine’s integration with Twitch. Turns out developers can now build games where spectators can vote on streamers’ game outcomes, or invite their audience to play! One of the games using Open 3D Engine is “New World” – a massively multiplayer online role-playing game set to be released on August 31st of this year.

Pokémon GO Brings In $5 Billion in Revenue Over Five Years

Niantic’s Pokémon GO, the game that everybody played few years ago, but might have forgotten about it sometime after, surpassed a staggering $5 billion from player revenue over the past 5years since its release, as Sensor Tower’s data shows.

While it seems to be only a speculation, it might not be too far off. The game was a huge hit when it launched, and since Niantic has adjusted the game according to player feedback, the number of players could have stayed at an objectively high level. The game has encouraged many to start walking more, as its core mechanics rely on players walking as much as possible.

As Niantic has another AR-based game in the pipeline, we can expect the developer to cement its position on the market even more solidly.

To The Moon – A Battle Of Billionaires

During the pandemic, many people started to bake bread. Out of boredom, or just because it is a useful skill to have. Billionaires, on the other hand, started a competition– who is going to be in space first. We now have a winner – Richard Branson reached space 9 days before Amazon’s Jeff Bezos. Here’s where it gets tricky, however. Blue Origin, Bezos’s company claims that Branson technically did not reach space, since the altitude he was at (80km above sea level) is not recognized by some as the border between our atmosphere and space. On one side we have NASA, and the US Air Force; on the other we have the FAI [World AirSports Federation].

Defining where outer space starts is a complicated matter. For example, if we define a lack of atmosphere as a criterium, then the International Space Station is not technically in space. It’s an arbitrary boundary, that is not universally defined. For more on the topic, go to National Geographic, and read their phenomenal article.

GitHub Copilot, the company’s offering based on GPT-3, is already facing scrutiny, autofilling copyrighted code to open-source projects. To make matters worse, we now  can auto insert people’s API keys in some cases. 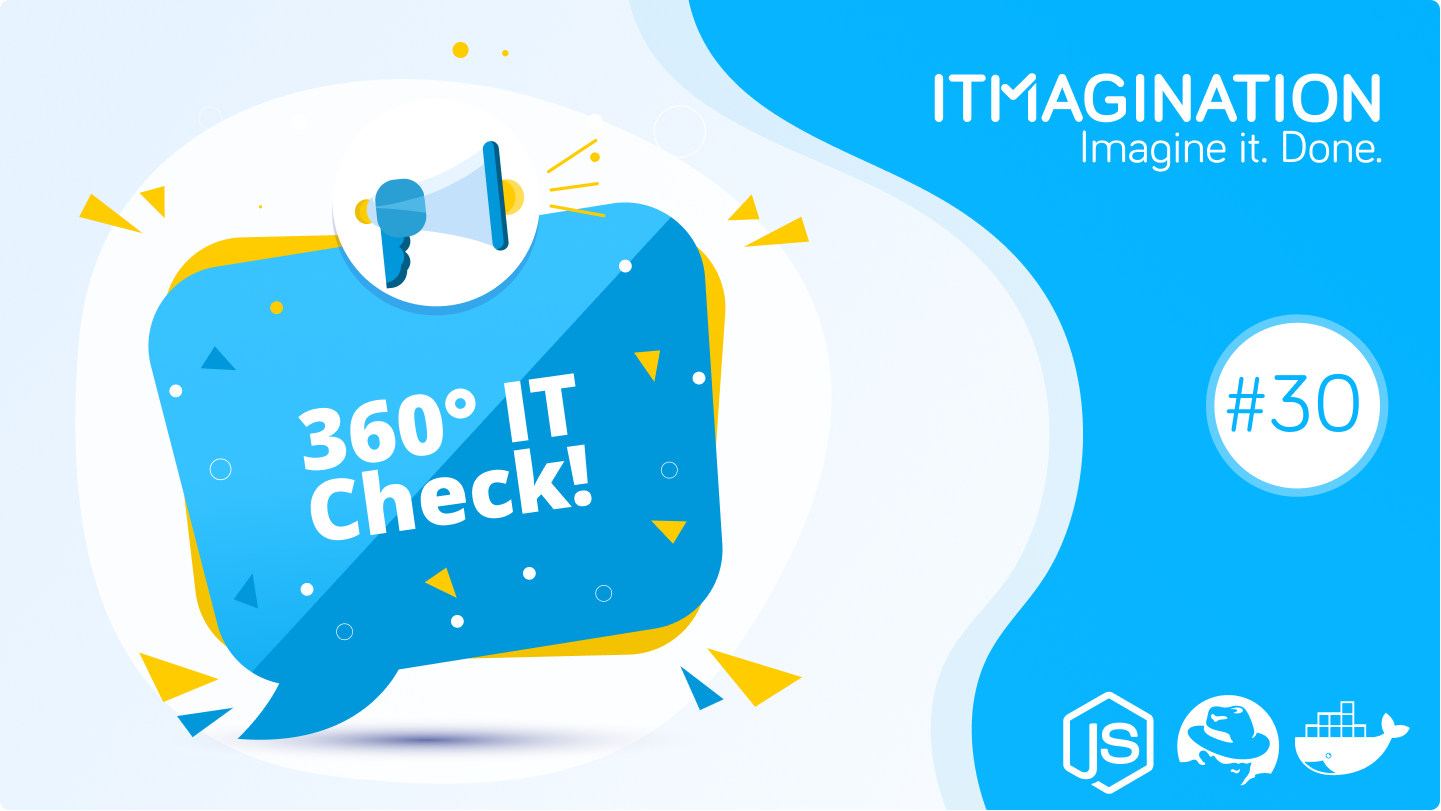 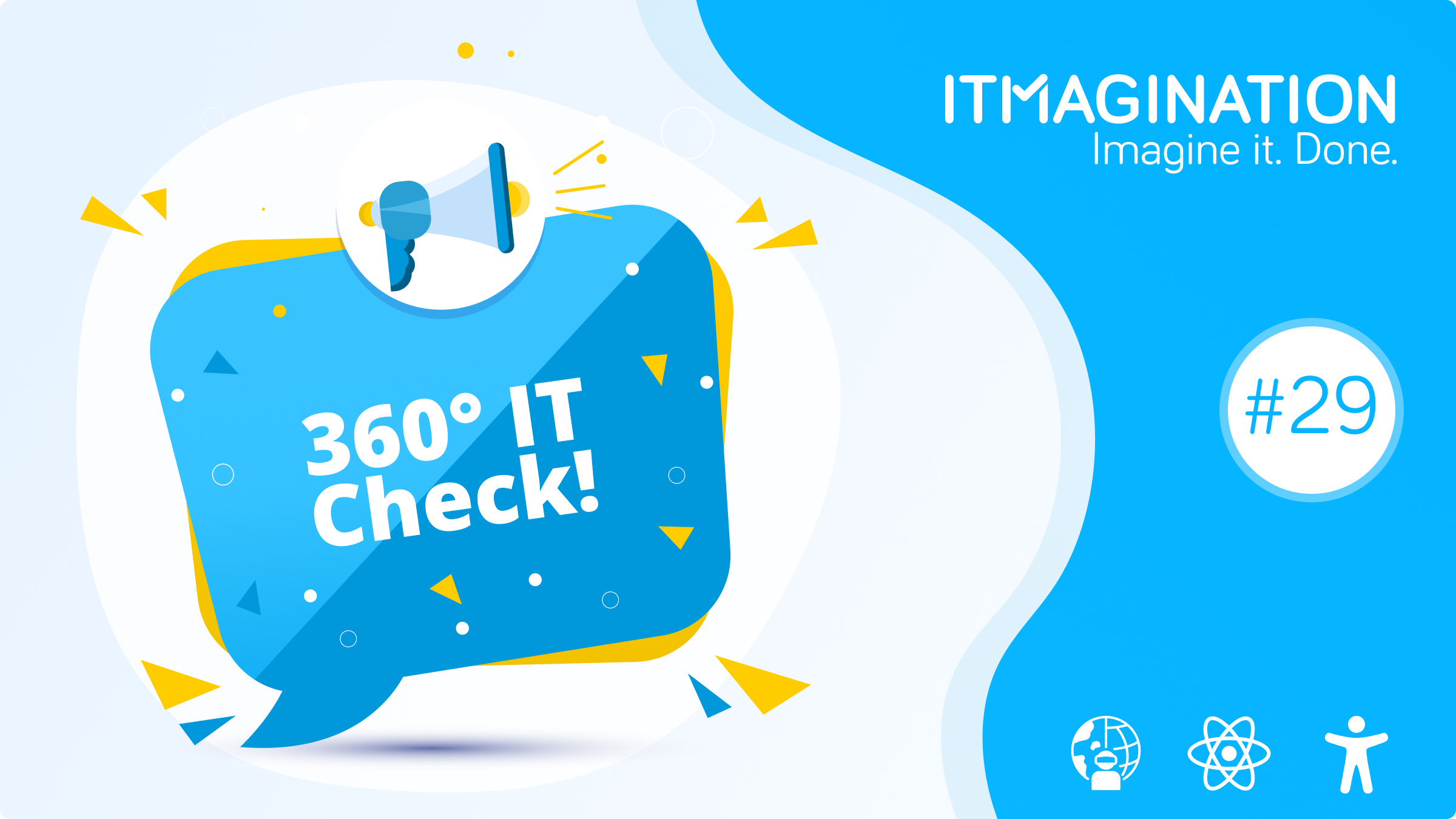 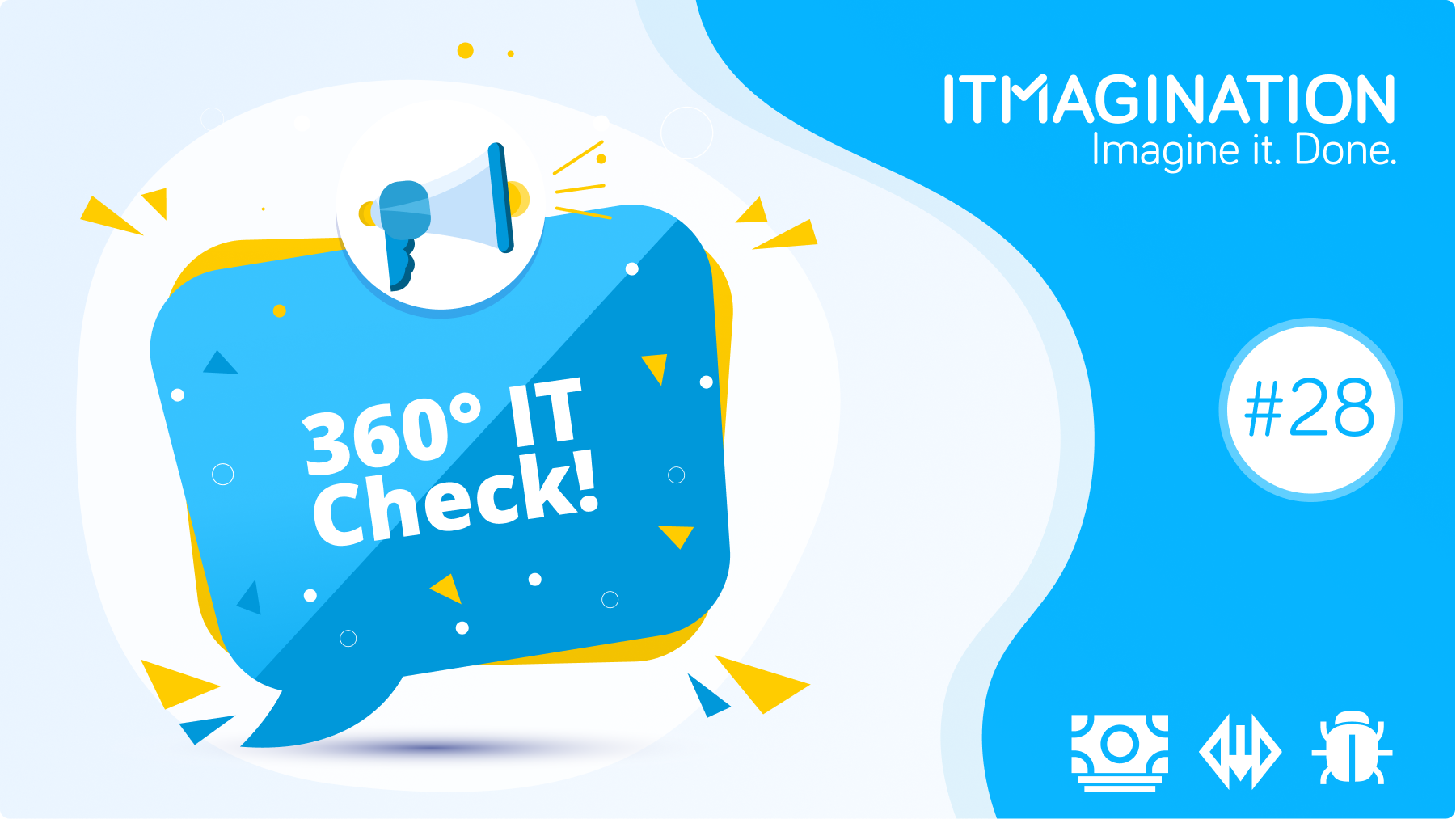