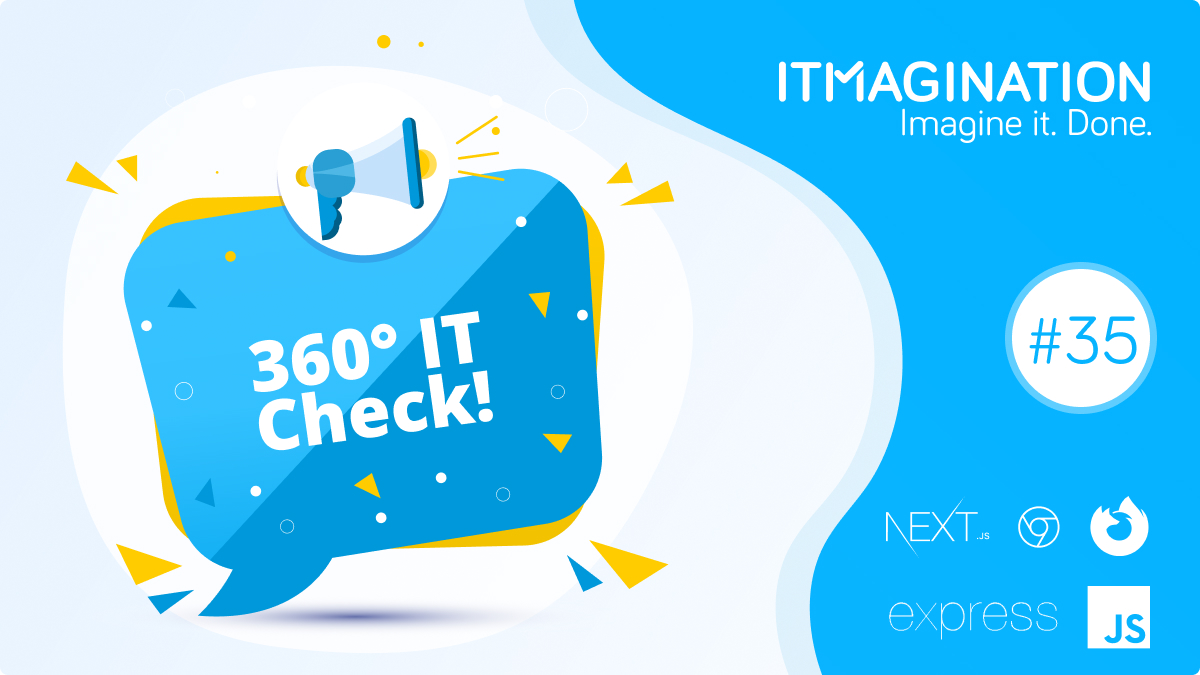 Express.js 5 Gets Another Release After Almost 2 Years

A developer equivalent of seeing Halley’s Comet is seeing an update to Express 5. After two years, we have seen an update to, undoubtedly, the most popular back-end Node.js framework. It’s not just any update, either: it’s the first beta release of Express.js 5, ever.

Changes that came with it are somewhat important, with updates to the underlying foundations. They introduce new features, make the lightweight framework sturdier, and get it up to speed.

It’s easy to understate how significant Express.js is in the Node.js ecosystem. It’s often the first  back-end framework people learn, and every so often the last. The number of other projects it influenced is spectacular: JavaScript or not, developers from many languages. Having that in mind, the poor, infrequent updates to the project are a shame. The quest to deliver the fifth major upgrade is going on for more than quite a while, which makes choices to use Express.js in production suboptimal. There are better choices out there, such as Nest.js or Fastify.

Firefox and Chrome, two of the leading web browsers which care about web standards (sorry Safari) are just about to reach their hundredth version. It’s a major milestone for both teams, though Google’s team has more to celebrate. The team working on Mozilla’s browser is in a downturn, with their parent company laying off a big part of the developers.

Version 100 is also important for one significant reason. It’s the first time when the number will be a three-digit one. It has already caused numerous problems with websites breaking all of a sudden. Some pages will send you different code based on the version you run – and that’s precisely what fails at times. We are not talking about small, indie websites, either. We are talking about sites such as eurosportplayer.com or daimler.de.

The issue stems from similar assumptions that made the Y2K bug a thing. Many libraries must have made some assumptions that the length of a version will always be two digits. Obviously, that is not the case, as we now have a three digit version, and it makes such code go bananas. Funnily enough, a similar thing happened 12 years ago, when we had version 10.

The survey results for State of JS are out. The project is the widest attempt at determining the current state of the language, and the wider ecosystem. This year, there were slightly more than 16,000 respondents from all around the world. Unsurprisingly, the majority of people opted to answer the questions in English.

There are some key (and interesting) conclusions we can draw from the results. Of course, we are assuming that the random sample was representative of the whole developer population:

Despite Vite getting a ridiculous satisfaction rating in the State of JS survey, I still think this metrics is seriously flawed and misleading.

No matter what our insights are, it’s best if you take a look at the results yourself, as they are good pointers for you and/or your team.

The results are available here.

Next.js, the standard choice for all React developers looking for a full-stack framework, received a minor update, that’s not one to ignore.

We have some goodies delivered to us. Perhaps most importantly, you may now revalidate your page on demand (On-demand ISR). It was one of the highly requested features, that lets you make all browsers check for new content on demand, rather than after a predefined time interval.

Another important change is the improved support for React 18, and Server Components. Both of them bring highly awaited features, such as concurrent rendering, and the latter brings the ability to render components on the server-side.

There is plenty to be excited about, since the features that are coming will allow you to write apps in a way that puts less strain on users computers. You will be able to send less JavaScript, and have your pages load faster. SEO will also be better without the need for any 3rd party code or extra configuration.

The React team claims everything will “just work.”  If that really is the case, then we can expect great things without much effort.

LINE, And Contributions Of Tech Companies To The Open-Source Community

The engineering team at LINE have announced that they are now supporting Prettier and other OSS, and want to make sure that they appreciate the community behind these open-source technologies and those who make sure they are running well. They explain why they are supporting these technologies and the responsibility that for-profit companies have towards making sure they support the software that they rely on - and the risks that come with choosing not to support any OSS.

The topic of paying open-source maintainers and committers remains complex, and most open-source initiatives don’t receive enough support to hire full-time developers. It seems, however, that projects like Prettier has found a work-around for this and is paying two maintainers $1,500 USD/month for their work. Perhaps not enough to maintain the whole project, it is a good start.

Open-source is key to advancing the development of software products – companies who use these technologies and profit from their usage are strongly urged to support the creators, committers, and maintainers of these initiatives.

If you or your company want to support open-source initiatives, make sure to check out OpenCollective and GitHub to see if the technologies that you use and want to support are listed there. Also, make sure to search for the technologies’ pages individually to see what sponsorship options they have. If you’re struggling to convince your company to set up an open-source fund, check out this guide.

If you are an open-source creator, committer, maintainer, or community manager - keep in mind that in most cases, support/sponsorship budgets for open-source initiatives at both startups & enterprises come from the Marketing Budget rather than R&D/Product/Technology budgets. Make sure to reach out to the marketing teams there to boost your funding efforts.

We’d love to talk and support you to craft your pitch to send to companies to support your open-source project, make sure to reach out! We’re also available on LinkedIn – Aleksander Jess (Content Marketer & a JavaScript Developer) & Hisham Itani (Head of Marketing).

At ITMAGINATION, we have set up an Open-Source Fund where we will allocate a monthly budget to support open-source technologies that we are using internally and on work with our clients. We will be releasing the results of our internal votes soon from our 400+ person developer team.

Bonus: The Revolution Of The Machines Is Cancelled

Difficult situation on campus. Traffic jam of automated food delivery robots, apparently all stuck behind a carelessly discarded scooter. I just observed a couple of students clearing a path out of pity for the robots. This is our future, I guess pic.twitter.com/4VjjaRAaBk