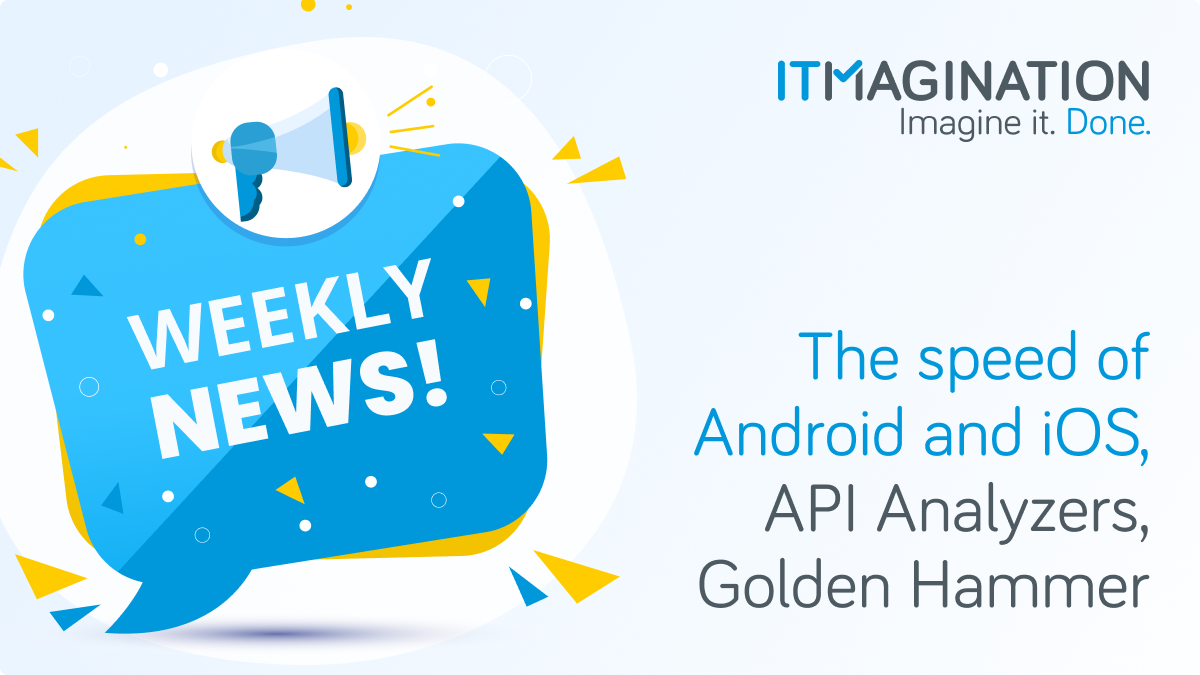 How fast data is sent through iOS and Android devices, what improves the API Analyzers, what is Golden Hammer and why it is wrong, and how to call the next piece of middleware in the HTTP processing pipeline?

Comparison of how much data is sent by Android devices to Google and by iOS to Apple.

What is the Golden Hammer and why it is wrong?

How the Next Delegate Works In ASP.NET Core Middleware