According to TechCrunch, START aims to invest $1 million from a16z’s $400 million seed fund into companies at the very early stages. Andreessen Horowitz’s program seems to be taking on Y Combinator which has recently increased its investment in startups joining their accelerator to $500,000 and is also similar to the Sequoia accelerator program that was recently announced earlier this year.

The focus areas of the firm’s START program span 6 categories: American Dynamism, Consumer, Enterprise, Fintech, Games, and “Other” - largely matching the different focuses of their individual funds, and keeping a unique focus on Fintech.

The key differences here are, that a16z has not disclosed what stake it will take for this investment. In comparison, the YC takes a 7% standard stake. Another difference is that START is taking in applicants on a rolling basis, rather than only twice a year in batches as the YC does. a16z START is also notably remote, and geography-agnostic, possibly inspired by YC's success in their remote batches since 2020.

The similarities so far show that both a16z and YC look to leverage network effects on top of the funding to help their portfolio companies get to market, and expand quicker than they would have without their network of partners, advisors, cohort members, and so on.

If you want to apply, you can find the form to join a16z START here.

Twitter is the social media platform many love for its unique offering. You may share anything with the world as long as your message is 280 characters in length. It used to be less than that – a smart feature that allowed the platform to save on some server costs. As time went by, the platform quickly became a beacon of free speech and facilitated a quick spread of information without the noise. As we might remember, however, one politician abused it, leading to the permanent ban on his account.

Elon Musk, who became the biggest shareholder in the company, decided to issue an offer to buy out all the platform’s shares at an inflated price of $54.20. The price represents a “38% premium over the closing price on April 1.”

Twitter’s reaction was quite fast: the company adopted a measure called the “poison pill” (the technical term is the “shareholder rights plan”). How does it work? Imagine your name is Jeff and you have 15% of shares (fifteen shares) in a company X. You want to acquire more shares, to possibly gain 51% (fifty-one shares) of them. Let’s say the company X decided to use the “shareholder rights plan” as a defense mechanism. The board of directors then go ahead and say that if anybody has more than 15% of the company, they will issue one free share, except for you. So then simple math happens. The total number of shares is 85 × 2 + 15 = 170. Your 15% just went down to 8.1%. This forces the “hostile” third party to negotiate, and take a step back.

The pandemic has greatly benefitted the richest. Comparing the state of the wealthiest people’s portfolio’s between March 2020, and March 2021, Jeff Bezos’s wealth rose by 67% in a year, Larry Page’s & Sergey Brin’s assets rose by 125% in the same timespan though there is no winner quite like Elon Musk.

His private wealth skyrocketed to an astronomical ~$270 billion US dollars, showing an increase of more than 1,000% in a single year(!). Even though the majority of this money is tied up in the form of shares in various companies, the unimaginable amount of money is nevertheless enough to buy one of the biggest social media giants in the world, Twitter.

While the offer is called by some as “unsolicited”, Twitter’s board will have to come up with a superb reason to turn the offer down. Especially, that, per the letter that found itself in the SEC filing, “[m]y offer [Elon Musk’s proposal] is my best and final offer and if it is not accepted, I would need to reconsider my position as a shareholder.” Whether they have a great reason or not, the social media giant rejected the offer, and instead chose to use the “poison pill.” This is a powerful measure, that the companies in the US may use, to deter any potential hostile third-parties. Whether Musk likes it or not, he will have to negotiate with the current board of directors.

We have waited for it for a little while, and it is now here. The .NET MAUI has received its Release Candidate (RC), along with another preview of .NET 7.

We have waited for the RC of the framework for a little while now, and it’s finally here. Even though it is not the final version, it is nevertheless a significant milestone, as “this release is covered by a “go live” support policy, meaning .NET MAUI is supported by Microsoft for your production apps.”

Just as a reminder, Xamarin.Forms developers should not have a lot of difficulty switching over. All the old components are there, along with some new ones, such as BlazorWebView.

As for .NET 7, perhaps the most important improvements are related to the improvements in startup speed, and to the weight of the apps: both of these metrics improved.

.NET MAUI is an effort of Microsoft to unify all cross-platform functionalities, and APIs, of Xamarin.Forms under one name. The time will show whether the switch to the different naming will work, though the new name should make things easier for developers. Windows, macOS, iOS, or Android: it’s all there.

BlazorWebView is another reason to get excited. We may now “incorporate Blazor components or entire Blazor applications to distribute the same experiences on desktop and mobile as you may today on web.”

The speed improvement introduced in the newest iteration of .NET 7 are another free win, app developers get out of the box. No changes, instant improvements, are just what everybody likes.

Developing Web3 In A Web3 Way With Filebase

Building Web3 apps, you might be prompted to use traditional Web2 ways of hosting your app and storing your data. They are inherently error-prone (though cloud providers do guarantee an uptime of almost 100%), and locked to a certain region (though you may duplicate your database across regions). Filebase allows you to develop your Web3 apps in a more “native” way. The organization does that by providing a single S-3 compatible API, making decentralized storage feel familiar and easy to use.

According to a feature on blog.ipfs.io, the company has some planned new features:

A good way to win over the hearts of developers is to make your solution feel like something they have already used. That’s Filebase’s approach, though it’s a bit tricky: it has to be more or less the same as the already familiar option. It may not be too different, or too error-prone. By making themselves more like AWS, they chose the high-risk, high-reward way. Succeed, and reap benefits. Fail, and be heavily burned.

We will see what the future holds for Filebase.

Could We See Pixel 6a Soon?

Google’s Pixel phones could be the flagship devices for Android. Exceptionally fast, with great cameras that utilize complex AI to enhance photos you take, they are favorites of many smartphone enthusiasts.

We might see a cheaper sibling of Pixel 6 and Pixel 6 Pro, the Pixel 6a in May, at Google I/O 2022. While the specifications of the device are pure speculation at this point, we may expect the Tensor chip in the upcoming phone; it’s a chip we wrote about in the past.

Competition breeds innovation, and no other competition than healthy competition does that. Delivering a mid-shelf phone with a great camera, and a custom AI chip will be hard to beat for many companies. Samsung did start releasing the so-called “Fan Edition” phones, though we may expect the 6a to cost far less than, e.g., the Galaxy S21 FE.

The space of mid-tier phones is getting increasingly crowded, which pushes manufacturers for more and more innovation at a stable price. It is interesting to see how the race for an average customer, from the global West, unfolds.

“27 vulnerabilities to look out for in Go applications: Arbitrary file writes, directory traversal, deserialization, and more” available at https://dzone.com/articles/go-applications-vulnerability-cheatsheet 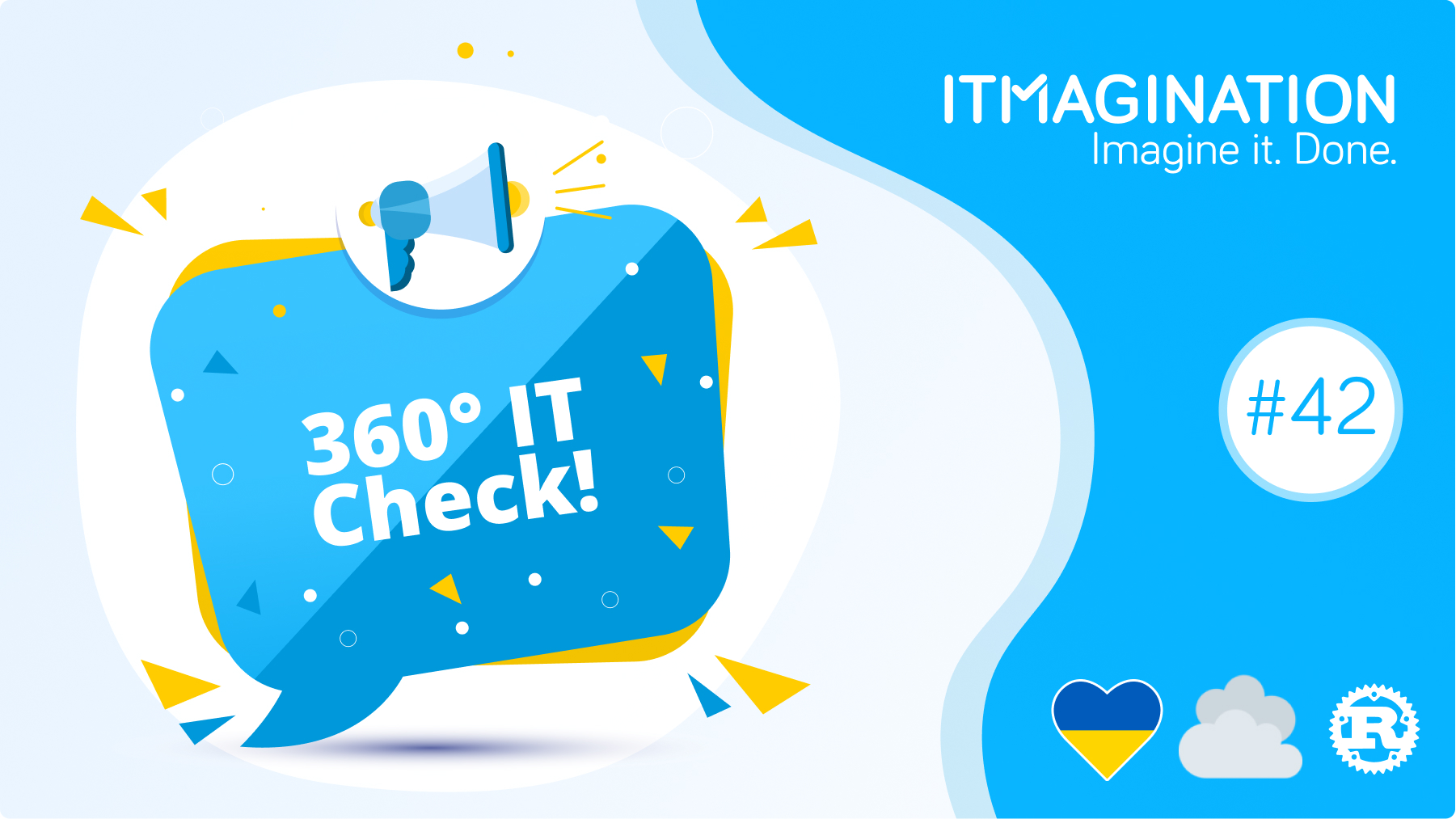